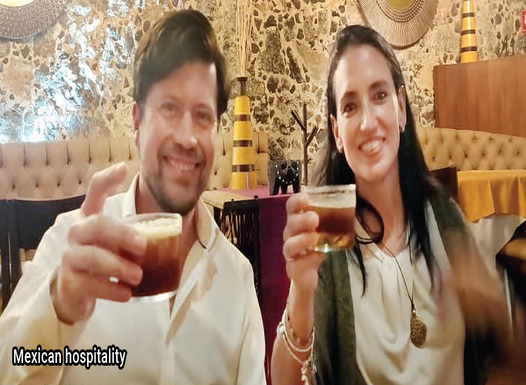 Culture, as the old cliché goes, “eats strategy for breakfast.” That is valid for all forms of organisations, but in cities this could translate to “culture is the pre-requisite for behaviour.” Read on…

In the middle of October, the city of Pune celebrated a significant milestone—not a single Covid related death was reported on a day. Across India too, after a boisterous environment during the festival of Navratri ending in Dussehra, there has been a quiet conviction (is it just complacency?) that we are seeing the withdrawal of the dreaded pandemic and the country’s movers and shakers can now apply themselves to the serious task of nation rebuilding.

In the same week, the UK announced over 40,000 new cases per day on successive days, China is cancelling flights and shutting schools and the alarming news came out of Russia that the President was considering a one-week total shutdown of the country. In addition, Singapore, the safest of destinations is being witnessing another scare even as people had started coming back to work with cases increasing daily.

The attitude of people too varies widely across cities and countries. During our fortnightly idyllic vacation in Mexico, we did not encounter a single unmasked Mexican on our entire journey from Mexico City to Merida to Valladolid to Cancun to Isla Mujeres. It totally belied the popular notion that the response to the pandemic in Latin America has been very lackadaisical and it is the Western world and tough Asian administrations like Korea and Singapore that have mastered the art of pandemic management. And in New York City, where this column is currently being written, only fully vaccinated folks are allowed to enter any restaurant, giving everyone in the establishment an assurance of safety.

What is the sense, if any, that one can make out of all these different approaches to getting the virus comprehensively out of our lives? I believe it has a lot to do with a sense of urgency that prevails in a country or society. Nothing illustrates this more than a day trip we took on our recent holiday in Mexico from the Mayan city of Merida to the Chichen Itza site and the pink lagoon. Arriving at the pickup point fully masked, we were pleased to see two African Americans and a couple from Poland, equally well protected, waiting for the bus with us. But once we got in, we realised there were four Americans from Utah who never seemed to have heard of masks and who ignored even the requests of the driver and the guide to use the masks at least when they were on the bus. And this is not a generalisation because the experience in New York shows that people can follow rules and norms in the US as well.

“What is the sense, if any, that one can make out of all these different approaches to getting the virus comprehensively out of our lives?”

Now to my theory, we educated people from India, Asia, Europe, and the Americas realise the value for ourselves and for the rest of the community if we get vaccinated early, stay safe without being paranoid and keep the rest of the community, particularly senior citizens and young children safe from the pandemic. Vaccine hesitancy in the middle states of the US has as much to do with a general reluctance to adopt any form of imposed discipline, even if it is for the larger good of all. And where there is a need, like New York has, for getting the economic engines of the city, state and country back on track or a Poland or Mexico has for keeping their countries safe for both the citizens and tourists to move around freely, there will always be a willingness to conform for the greater good.

Culture, as the old cliché goes, “eats strategy for breakfast.” That is valid for all forms of organisations, but in cities, this could translate to “Culture is the pre-requisite for behaviour.” We discovered this every day in the extreme politeness of Mexicans who could happily overcome the lack of comfort with the English language through their patience and willingness to spend time to understand your question and offer a solution. Just this week in New York, we discovered it at a Walgreens pharmacy where we went to get a booster shot of the Moderna vaccine. Hesitant about our ability to get it in a country where we were just tourists, we were bowled over by the courtesy of the service personnel and their brushing away any question of payment. “Sir, our Mayor has invited every visitor to get vaccinated and obviously we can’t charge you for it.” Not just us, but the patience with which they answered every question of two very old and very hesitant people and helped them get comfortable was heart-warming. Long may good culture and behaviour prevail over selfishness and avarice.

And in conclusion, one can only hope that having achieved the truly creditable milestone of a billion jabs, we in India, will not let the focus slip on getting every Indian vaccinated and get booster shots if appropriate, administered through 2022. There is already some hesitancy being reported about citizens feeling that one jab is enough and not turning up for the second dose. We have towering mountains to climb nationally and in every state and every sector and can ill afford a resurgence of this pandemic. The pressure to get healthy and stay healthy must continue.

For copy of books by Ganesh, please write to Preetha Nair at [email protected]