The Culture of Countries 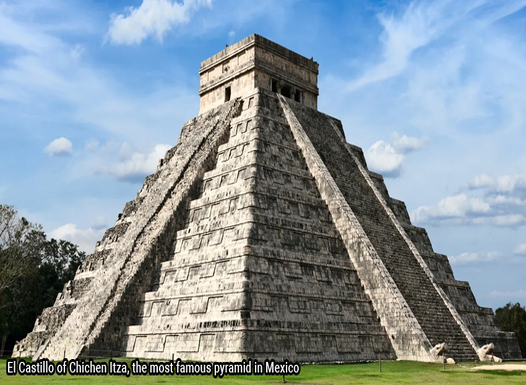 Travelling through countries makes you understand the world, gives you glimpses of history and adds to your experiences. Read on…

After a long and torturous twenty months of pandemic paranoia, where even small domestic flights invoked raised eyebrows and occasional gasps of “Don’t you have Zoom access?” we decided enough was enough and embarked on a long vacation, starting with Mexico. The choice was predictably met with comments like “It’s a double whammy—an under-vaccinated country and the threats of gun and drug violence in Mexico City” and when we mentioned Mérida, Valladolid and Cancún as additional tour stops, the conclusion was “they really must be crazy!”

Crazy or not, the 88th country stamp in my much-used passport turned out to be an absolute delight. The temples and pyramids at Teotihuacán and Chichen Itza, the museums of anthropology and national history, the pink lagoon and flamingos in the Yucatán and the amazing beaches and waters of the sea were what we knew and looked forward to, but the pleasures of diving into a forty-feet deep cenote (one of 900 natural pools created in and around Merida), chatting with the local folk and deeply understanding the history and culture of this amazing country were truly the best part of our ten days in Mexico.

As my own life journey delves deeper into the understanding of human nature and motivations, it is always good to understand characters both from history and the arts that define a people and their country. One such powerful figure was Maximilian from Austria who was invited by Emperor Napoleon to establish a pro-French Mexican monarchy after France, Spain and the UK invaded the country in 1861. While Maximilian with his Belgian consort Charlotte tried his best after accepting the crown in April 1864, the US-supported Benito Juarez fought and defeated the Maximilian empire and he was captured and executed by the restored Republican Government in 1867. He was just 35 years old and his last wish was that the firing squad should shoot him in the heart, not the head so that his mother would be able to see his face. While such tragedies abound in Indian and European history as well, it is one more reminder of the duplicity of nations in the days of conquests and violent endings, something that is being played out in our own neighbourhood even in these times.

For us, (travelling) is the joy of understanding new people and cultures that drives us to travel deep in the interiors of India and to the far corners of the world

A more tragic story is that of painter Frida Kahlo who lived from 1907 to 1954, not a great but still a lauded artist and a real survivor in the face of multiple tragedies. Her work, including her many self portraits, presents a window into her profound and pain-filled life—afflicted by polio when she was very young and later nearly killed in a traffic accident. In her recovery from the accident while she was still in her teens, Frida reached out to the famous and flawed painter and mural artist Diego Rivera and let her obsession draw her into marriage and then not have a child for fear of losing the man whose passions were everywhere. While her early death has not been formally called suicide, the emotional, physical and psychological trauma of her life is deeply troubling and a lesson for those who suffer from chronic illnesses and fears relating to infidelity, childbearing and being seen as second to a famous partner. What is also reassuring is her determination to enjoy life to the fullest, designing colourful costumes for herself above the waist that would draw attention away from her weak legs and trying to be the life and soul of all her interactions with society. “Feet, what do I need you for when I have wings to fly” is one of her most famous quotes that describe the essence of an amazing personality. Despite two equally troubled marriages with Rivera, with each having numerous affairs, she was his wife when she died.

It is the colourful characters in history like India’s own Chhatrapati Shivaji and Shaheed Bhagat Singh that bring to life the story of a nation. It is, on one hand, inspiring to understand the times of the Mayans and Aztecs, intriguing to understand stories like that of Maria of Guadalupe whose legend helped the Spanish in their mission to convert as many Mexicans as quickly as possible to Christianity and at the same time, one wonders at the resilience of a nation which has been a victim of all the European powers and also gave away large parts of its land to the US in the nineteenth century in return for a few million dollars. The teenage son of our city driver Roseo wants to live the American dream and there is genteel poverty everywhere but there is nationalistic pride in every Mexican. Do you see now why we really loved our time there?

Finally, somebody wondered on a WhatsApp group when we would lose our lust for travelling. For us, it is the joy of understanding new people and cultures that drives us to travel deep in the interiors of India and to the far corners of the world, from the Norwegian North to the African South and from the Japanese Far East to the Mexican and American West. With apologies to Greta and the “tut tut” brigade, travel we always will to understand the world and add to our experiences!