Beyond the skittish stock markets 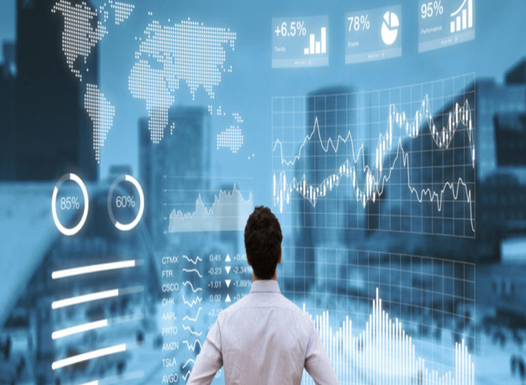 If you are investing in the new technology new business model digital paradigm pioneer space, don’t expect quick returns and stay invested for the long term

For a long period, it seemed that the stock markets were dancing to the tune of a different drummer. The Bombay Stock Exchange’s SENSEX and the NIFTY were on a roll and investors had assumed COVID was over and robust 10 percent plus growth of the economy was going to happen in fiscal 2022 and 2023. While most of us were emerging with caution from the “Do gus ki doori mask hai zaroori” days, stocks were on a rampage through September and October. The successful IPOs of Zomato and Nykaa also seemed to reinforce the belief that along with the more sedate rise in traditional stocks, the digital start-ups were going to lead the way to dizzy market levels forever.

Sadly, the hubris was inevitably heading to the edge of a cliff and the somewhat inflated pricing of the PayTM public issue seemed to be the nudge that pushed the stock market indices off the cliff. It is common wisdom that when an issue has to priced for an IPO, there should always be some interest left for the retail investor and other institutions to come and keep the stock buoyant after it lists but in this case, the high valuations at which successive waves of investors had come in at a time when the whole payments eco-system was a novelty in the country created an imperative to price the issue as high as possible. The inevitable bloodbath ensued after listing and the market decline has been precipitous for five days after the issue which is the time this piece has been written.

Not only do these events create a problem for the perception of the company, but it also spoils the market for new IPOs that have been lining up in the payments as well as the general e-commerce space. A case in point is mobile payments and fintech company MobiKwik, which is expected to delay its IPO. However as in the case of PayTM where the aggressive democratizing push of UPI has made boutique payment players almost irrelevant and the financial services models the company plans are still nascent resulting on a foggy path to growth and profitability for the company, MobiKwik, once the second largest mobile wallet firm, has since become a fringe fintech, precipitated by consumers losing interest in wallets and favouring UPI. According to MobiKwik’s filing prospectus, the company saw its revenue decline to INR302 crore in FY21 from INR370 crore in the previous year and losses widened to INR111 crore in FY21 from INR100 crores. Market reports say that the company claims to have pivoted to a buy-now-pay-later business model over the last year or so, where the competition is becoming equally fierce.

What is the implication of all these quick mood changes for the readers of this column? If you are investing in the new technology new business model digital paradigm pioneer space, don’t expect quick returns and stay invested for the long term. At the recent State Bank of India Banking and Economic Conclave the founder of another digital start-up CRED pointed out on a panel that comprised the heads of SBI, Godrej, Mahindra and Hindustan Unilever that the new firms were showing India Inc how to innovate. However, companies on the bleeding edge of innovation can give investors a rude shock if their business models are not robust and they cannot sustain and succeed over the long term.

To close out the discussion on the new digital economy, the talk of all TV channels and social media is crypto currency and what the Government will do to support, regulate or simply ban digital currencies like Bitcoin, particularly in private exchanges. There are expectations that the new Bill in Parliament will prohibit all private cryptocurrencies but allow for certain exceptions to promote the underlying technology of cryptocurrency, which is blockchain and its uses in a number of areas of smart contracting and financial and administrative services. The Reserve Bank of India has advocated an official digital currency, called the Central Bank Digital Currency (CBDC), which would be stable since it is backed by sovereign reserves. The central bank has raised concerns about consumer protection, market integrity and money laundering. If private currency exchanges were to be allowed to proliferate in the country

We are living in interesting times with the economy slowly coming out of its COVID induced slowdown which of course had been preceded by some quarters of low demand. There is hope that on a low base, we will see a double-digit GDP growth this fiscal, but as we have argued in our book “Rising to the China Challenge,” India needs two decades of annual eight to ten percent growth to be able to seek a place at the head table of nations on the economic front.

As a country, we have a need to put four hundred million more Indians into gainful employment and entrepreneurship and a robust economy with a healthy co-existence of traditional businesses and high growth new economy businesses, run by innovative and mature teams with the support of wise capital providers is essential for us to reach this tryst with our desired destiny.

For copy of books by Ganesh, please write to Preetha Nair at [email protected]