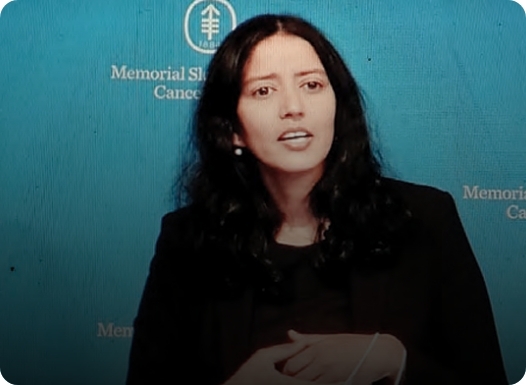 In India, we have lagged in both innovation and scientific research, and we may not like to admit it, but in areas ranging from medicine to artificial intelligence, countries like Israel and China have surged far ahead

Craig Thompson, President and CEO, Memorial Sloan Kettering Cancer Center (MSKCC), cautioned that there would be five times as many deaths this year from cancer than from the highly visible Covid-19 pandemic.

He said this in his inaugural address at an excellent cancer research symposium organized by the Memorial Sloan Kettering Cancer Center (MSKCC), primarily targeted at young folks with scientific minds looking at a career in this exciting area. A scary thought for patients of this dreaded affliction who may be postponing treatment to stay away from hospitals in these difficult times.

In one of the three research presentations that were featured, an India born physician-scientist, a member of the faculty and the head of the Karuna Ganesh Lab at MSKCC, emphasized the fact that it is metastatic cancers that cause 90% of the deaths from this dreaded disease.

Metastasis, as most of us with even a passing understanding of cancer will know that it occurs when cancerous cells move from a primary tumor site to new disease spots. Metastatic stems cells can cause new outbreaks in other organs and can eventually lead to a lethal response and hence present the ultimate moving target for researchers and clinicians. Karuna, in her presentation, spoke of the case of a young patient who was detected with late-stage rectal cancer while giving birth to her baby. After a four year battle with chemotherapy, targeted therapies and multiple operations to take out metastatic tumours from the liver and brain, she finally succumbed. The challenge for cancer researchers and clinicians has been the ability of metastatic stem cells to move to different organs and stay dormant. They then avoid both detection and treatment aimed at eliminating the last vestiges of cancer till they finally erupt in a much stringer form that ends the life of the patient.

Researchers from the Karuna Ganesh Lab explained how they are creating organoids from cells extracted from the patient before the commencement of the treatment and grow them to mimic patient-tumor responses. This is done through the traditional mouse usage and also by using the patient’s own body as the laboratory for trying new treatment. To go more in-depth into the research, it is the generation of L1-Cam protein by the cancer cells that have to be blocked by drugs. The current research enables an accurate systems-level response that uses organoids in conjunction with immune cells and bacteria naturally prevalent in human organs to identify the signalling pathways that turn L1-Cam into the deadly carriers of metastasis. As Karuna mentioned, the opportunities for new drug research are tremendous and will be the future dream of every cancer researcher, scientist and clinician.

We must rekindle in our youth the flames of scientific passion

As a layperson to this field, who has lost an ex-boss, a close friend, a loved and a young cousin to this disease, it is fascinating to consider that research can truly live, using the human body as a model system to develop individual organoids.

As we follow with fascination and limited understanding, the progress and the percentage efficacy levels announced by the four leading vaccines that will sooner or later be the 2021 solution to the global Corona attacks, one can only hope that the well thought out, innovative methods of research that this symposium presented will light up new ways of solving the complex medical problems of the present and future.

In India, we have lagged in both innovation and scientific research, and we may not like to admit it, but in areas ranging from medicine to artificial intelligence, countries like Israel and China have surged far ahead. They are competing with the USA for the pole position in research and discoveries. We must rekindle in our youth the flames of scientific passion so that we do not just become a nation of services and manufacturing to serve the world’s needs after the design has been perfected elsewhere, but can lead the world in some areas of research and scientific accomplishment.

Finally, as the proud parent of Dr Karuna Ganesh, I cannot resist mentioning an anecdote that can both amuse and inspire young readers of this column. Since Karuna left India after her ICSE in Mumbai, she rarely interacts outside the family when she visits India; but she made a rare exception to give an interview to this magazine when she was just starting her career as a clinical oncologist and scientific researcher. She mentioned then that her sources of inspiration include well-known friends like Nitin Nohria, Dean of Harvard Business School; Amit Chandra, MD of Bain Capital and founder of one of our most loved philanthropic foundation and Robin Cook, the writer of so many medical thrillers.

If such symposiums and other structured communication formats help to inspire youth to choose an arduous but rewarding research pathway against more comfortable options in investment banking or IT services, they would indeed