Election Adharma Can we win with inclusion? 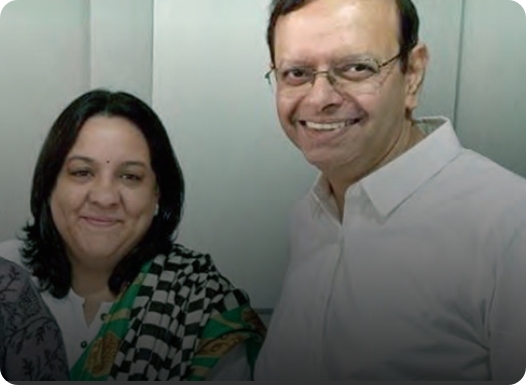 What is needed is a heart that reaches out, a mind that is open and a belief system that accepts different points of view and enables us to keep learning and helping everyone to feel they belong

The first week of November has been a free-for-all. As the US Presidential elections, nasty at best and positively vitriolic at times, wound their way to voting day, there were many unedifying episodes like Trump’s repeated interruptions in the first debate and Biden’s uncharacteristic, “Will you shut up, man” admonitions. And of course, the video created by the Trump campaign that went viral on social media where Kamala Harris is seen putting on a Joe Biden mask and robbing the treats bucket of an American family at Halloween. The battle was bitter in the Trump vs Clinton fight but this one took the cake. And closer home, the Bihar elections also brought out all the expected rhetoric with the NDA accusing two “Yuvrajs” of misleading the public and Yashaswi Yadav running the performance of the Chief Minister to the ground and accusing the party in power of non-performance and high handedness.

All these ugly accusations and counter-accusations playing out on our television screens and social media channels every day, almost inevitably creeps into WhatsApp interactions too. Often, even in friends’ groups, the polarisation of political support would lead to acrimony and divisive comments. I am sure all of us have seen folks whom one has considered mature and balanced taking extreme positions on multiple contentious issues. Is there a new way of approaching these issues that will keep the controversy pot from boiling over ever so often?

We have mentioned before in this column that we live in a world where “othering” has become a way of life. The #BlackLivesMatter movement in the US was just one example of a pot boiling over after decades of racial inequity had kept the fires simmering. In India, we are seeing inequities amongst social classes, caste, communities and even gender, which have led to deep fissures in society. There is a power dynamic involved in othering that we have to pay deep attention to. It emerges from a tendency to view others as “not like us” and a deep-rooted sense of superiority in who we are and what we represent. Even words like charity and inclusion are limiting in the sense that they start from an assumed position of the superiority of the person who wants to be good to the other. We need to free ourselves from this explicit or inherent tendency towards othering, which is so embedded in our thinking and language that it becomes a limitation to what we can accomplish in a social context. There is also much to understand from the Vedanta when it argues that the “observer is the observed” and what we expect to see in a situation or even a person is so much a projection of our subconscious expectation that our perception becomes our reality. What is needed is a heart that reaches out, a mind that is open and a belief system that accepts different points of view and enables us to keep learning and helping everyone to feel they belong.

Belonging is all about co-creating a new space where everybody belongs. We have done that in the social sector with Pune City Connect (PCC) through our efforts to create a sense of “agency” in Pune slum youth and give them a safe space and the power of choice. We did that well in Social Venture Partners (SVP) in seven cities in India where the focus on creating social livelihoods extended our “inclusion” agenda to over forty social enterprises and impacted over two hundred thousand job seekers. And we are now embarking on an initiative with the Aspen Institute’s Global Opportunity Youth Network (GOYN) that will see nano-entrepreneurship opportunities explored and delivered for over a lakh “opportunity youth” in Pune.

The good part is that the new initiative has experienced hands at the wheel with GOYN in Pune led by Mrinal Gharpure, former Country Director of SVP India with excellent support through anchor partner PCC and leaders Ruchi Mathur and Amruta Bahulekar. We are experiencing the joy that comes only when the youth of a community feel empowered to dream, choose what they want to do and also the path to attain their goals and in this lies the ultimate joy of inclusion, to build a world of collaborative opportunities for all!

Finally, a thought. We will keep seeing elections, in India and everywhere in the world except possibly China and Russia and issues galore as the world navigates the Covid and post-Covid environment and moves towards the restoration of some semblance of normalcy. In this period, we will have global, national and local economies to mend, livelihoods to be created through employment and entrepreneurship opportunities to be created. All this will need love and inclusion, collaboration in letter and spirit between classes, communities and even political parties. Can we eschew all forms of criticism and divisive commentary and get on with the task of rebuilding with positivism and love?