Truly, mentoring is an art! 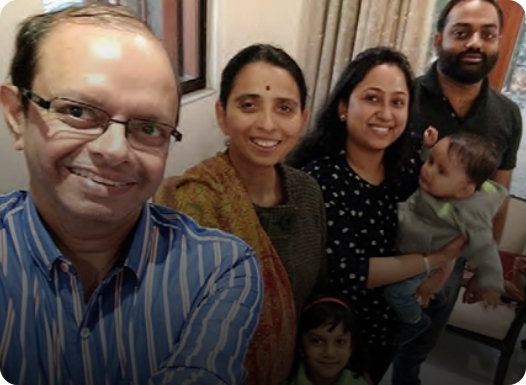 Why is mentoring an art and not a science? Coaching is true science and some of the CEO coaching sessions I have done follow a fairly well-defined and successfully refined sequence but mentoring has no such rules and follows its own path…

When I was five years into my first CEO stint at APTECH in Mumbai, a young woman who had joined us and become both a friend and a person truly worth mentoring asked me, “Ganesh, when you spend so much time being a mentor to so many people, do you think you will keep a track of where we go in our lives? Will the time you spend truly yield results?” That made me think and for the next quarter-century through CEO stints at APTECH and later at Zensar and serial entrepreneurship with 5F World and multiple social initiatives, I managed to keep a track of at least three people every year whose lives I had touched and changed for the better.

Two years ago, when I spoke on mentorship in the US, I actually could pick over 50 happy mentees. When FICCI FLO (Federation of Indian Chamber of Commerce & Industry) (FICCI Ladies Organization), arguably the most successful women leaders group in the country asked me to speak on the art of mentoring, I added the last two years’ interactions to the list and came up with a tale of 62 mentees. A busy life with excessive globe-trotting has its rewards and being a sought after mentor is surely among the best of them.

Why is mentoring an art and not a science? Coaching is true science and some of the CEO coaching sessions I have done follow a fairly well-defined and successfully refined sequence but mentoring has no such rules and follows its own path. When I polled a few mentees and friends (in many cases, both) before my interaction at FICCI, I got a number of thoughts about what makes mentoring a success. “Being a true margdarshak (path finder)”, said a social sector manager, “Helps sort out one’s own thinking” said a young multi-year mentee and “Non Judgmental Advisor” was another insight provided by a person who herself is a successful CXO now. All these and more are true, though to me the ability to avoid being parental and making “when I was your age” kind of statements, particularly with young mentees is a quintessential reason why mentor-mentee relationships can last over decades.

An impulsive introduction to the FICCI discussion was a mentee for years. Snigdha Aggarwal who I first met when she joined Zensar soon after her MBA and watched her blossom into a confident executive, a great homemaker and now a successful social evangelist and General Manager at Social Venture Partners Kolkata. Snigdha mentioned one facet of successful mentorship that I had not realized myself which is the willingness to let go when careers part and at the same time, be available for any life or career decisions even after long gaps. In her case and indeed in many others, I have seen young folks, particularly women, leave successful careers to focus full-time on marital and parental responsibilities and come back to employment or entrepreneurial roles with renewed vigor and greater wisdom and new pathways to success.

A few original ideas on successful mentorship-in India, there is nothing wrong with being a personal as well as a professional mentor because the lines are so blurred between life and work. And while many people believe what works in India won’t work in the West, some outstanding young mentees in Europe and the US would testify that a mentor with love and affection for the human inside the career climber is appreciated equally everywhere in the world. This is what motivated my favorite Professor of all time, David Garvin of Harvard Business School to write about the “love culture” at Zensar and encapsulate it in his outstanding case study of our Vision Communities and a breakthrough new function called Associate Relations was created to break through all hierarchies and inter-personal barriers in that company. In class after class where we taught the case to a graduating second year MBA group together, the discussion on “CEO as Mentor” would always start with discussing styles of leadership. The thinking would then move in 90 minutes from extreme scepticism at this unconventional style to a real appreciation that humans are humans, not robots and appreciate the warmth, love and mentoring whenever and wherever it happens.

There are some boundary conditions of course. The top three would be to avoid any indiscreet comments that could embarrass a mentee, the second is not to give advice that may directly contradict the requirements of a line boss and the third, naturally is to terminate a mentor-mentee relationship that loses its freshness.

Above all, as my young friend in Bengaluru, Sanjana pointed out, what every mentor and mentee should remember is a quote by Ray Bradbury that suggests a mentor should be able to walk with the mentee up a cliff of learning and then encourage the mentee to jump off the cliff and grow wings on the way down. If that sounds drastic, nobody said mentoring was an easy art.