The long march back from Covid-19 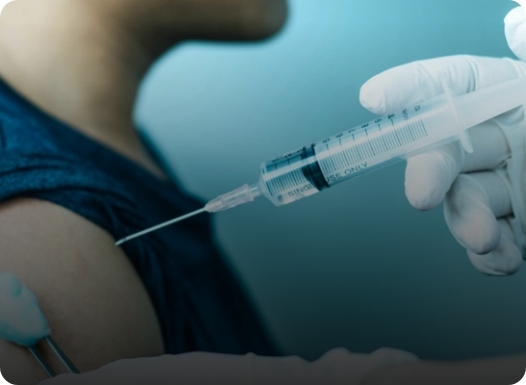 Into this promised land of the fully vaccinated and carefree citizens, working, fraternizing and living in unison and harmony again, let us march on and start living again

Approaching the end of May and an ongoing debate raging on whether and how much to start the “unlock process”, it was tempting to call a few friends, all former colleagues to check on what was happening to life and work in other part of the world. The first was Nilofer, a management graduate from ISB Hyderabad who is now in Seattle, USA. She was on a camping trip with her husband and young son in the Pacific North-West. The second was Jui, a marketing associate in Zensar ten years ago who is happily at work in Austin, Texas, USA, with her two daughters getting back to school. And the third was Vaidehi, our Marketing Manager from 5F World who left two years ago to pursue her MBA in Germany. She was at a restaurant in Nuremberg with friends and even sent me a lovely picture to prove it.

Contrast that with our life here and the tales have become somewhat darker. A family member in Chennai has not been able to step out of home at all in spite of having a husband and son, parents and father-in-law at home and is counting the days when she will see some relief. A fellow board member in Delhi is hoping that after a year of being Board colleagues and interacting only on video, we will finally get to meet physically in August. And a young colleague from the social sector in Pune is concerned that her young son’s education is going to be thoroughly ruined if he does not get the excitement of school and friends back in his environment soon.

One could argue and of course, hope that our own revival and renewal of life after Covid-19 is now just a few weeks away but we still have many mountains to climb. Getting back to Germany, look at the precision with which Vaidehi and her friends are seeing their lives opening up. To go to the restaurant, she had to just step into a nearby rapid testing center, get a negative report in fifteen minutes and saunter off to meet a maximum of four friends, all either fully vaccinated or similarly tested. Even to go the nearby fashion apparel store, she just books a forty-minute appointment online and ensures she gets a test and shows up there for shopping. And as an Indian student in Germany, she would be in the last category to be vaccinated but from June they are opening up to all city residents to book a slot and get jabbed. And the choices are many – Pfizer, Moderna, Astra Zeneca and two more.

The last probably gives the clue to what should have been done in our country. With our reluctance to get a massive expansion of capacity funded for Covishield and Covaxin and the orders for Sputnik just getting delivered, it takes a brave man like our I&B Minister to assure the nation that every adult will be fully vaccinated by the end of the year. The social media is naturally full of reproaches and recriminations-why did we not move faster for vaccine procurement and production, why did we let the situation aggravate through flocking of people in elections in five States and why oh why did such a massive congregation happen at the Kumbh Mela? But as always, it is easy to lose more time in a battle of egos and ideologies and probably the time has come for us to move forward in unison as a country!

What we have seen happening in Mumbai and Pune are role models of how collaborative efforts of local Government, corporates, civil society and citizens can contribute to the restoration of sanity in a city. The heroic efforts in the “maximum city” and Commissioner Chahal are truly praiseworthy and in Pune, the PPCR “Vayu” project which garnered over a hundred crores from large corporates and foundations and the PCC initiative to collect money from philanthropists in India and the USA for equipment for Government hospitals have enabled the cities to bounce back. And kudos to the Pune Mayor, Commissioner and Additional Commissioner and the Government and MCCIA teams who made it all come together so well.

What we can do without is excessive negative reporting. It is horrendous to see bodies being thrown into the Ganges or buried on the banks of the river, but surely we can desist from writing columns in foreign magazine and newspapers about the lack of respect for the living or dead in the country. There are enough heroes who go about doing their bit and there is enough hope that not just city and state Governments but also the Central Government and many friendly democratic leaders will rise to the occasion so that we can put this behind us. But resilience will happen only when the vaccination drive really gathers momentum and this is one area where our leaders in Delhi will have to stand up and move mountains to make it happen for the country.

Into this promised land of the fully vaccinated and carefree citizens, working, fraternizing and living in unison and harmony again, let us march on and start living again.