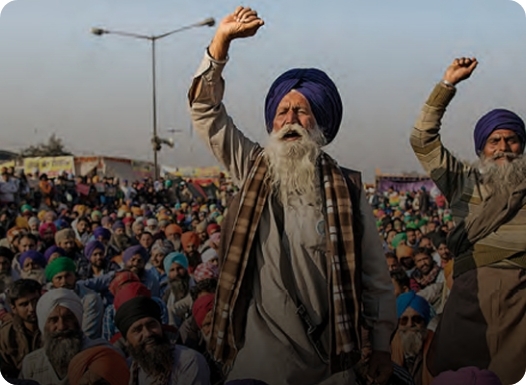 On the frontiers, farms and foreign affairs, we have been caught in a spin. Less loose talk and more positive actions are the need of the hour

If we were not mainly patriotic Indians, there would have been much to amuse us in the last two weeks. The sad reality, however, is that in all this drama, the fun and frolic that an innocent bystander would perceive is lost in the pathos of the common man that is being played out on our television and social media screens. Let us analyse a few of these realities for the readers of this column.

First, the hopeful end of the stand-off on one border at least the India-China eyeball to eyeball confrontation in Ladakh seems to have been defused with the agreement to withdraw and leave four “fingers” as no confrontation territory. While tempers may cool off for some time, there is no doubt in anybody’s mind that the Xi Jingping China cannot be trusted and we have to do everything in our capability to match the confidence shown by our army men and build economic and political symmetry with China as soon as possible. The next frontier for our economy and industry will certainly be to narrow the gap that China has opened up in various sectors over the last two decades and get us to a position where we can be at the center of more global supply chains and increase our strategic importance in future.

These positive developments with China and a very positive growth-oriented Budget presented by FM Nirmala Sitaraman gave room for cheer this month and, of course, the stock markets rejoiced by scaling a 51K mountain and moved steadily northward as though there were no Covid or economic issues in the country or the world. The naysayers have been quick to allege that India is conceding territory to China and the poor are being ignored by the budgetary provisions but all said and done, there is more to cheer for the corporate sector and city folk at the time this column is being written. Let us take a pause to celebrate and hope for the best in 2021.

And now to the more worrying stand-offs internally on many of the borders with Delhi with the farmers refusing to be persuaded or have their resolve broken and the Government refusing to budge from their stand. The main sticking point, of course, is the worry, particularly among farmers in Punjab and Haryana that the lack of assurance on the continuance of the Minimum Support Price (MSP) will result in less Government buying of paddy and wheat and make deals outside the APMCs the norm, creating stress for the farmers. So why does the Government not make the MSP mandatory for both APMCs and Private Mandis and solve the problem once and for all?

One does not have to be an agriculture or economic expert to discern the reason for the Government’s reluctance. Sadly, the MSP guarantee just does not make economic sense. The procurement of large volumes of paddy, wheat and some pulses by the Food Corporation of India for sale to the BPL (Below Poverty Line) communities is basically a welfare practice, which has caused burgeoning stocks and huge losses, which cannot be recovered even by sale in international markets. It has also prevented farmers from moving to more profitable flowers, fruits and crops, which can make better use of their land and also not put a huge loss burden on the Government. At this point, even the best brains in the world do not have a solution to this impasse.

While one can have sympathy for both sides of the argument, the recent imbroglios over tweets by Rihanna and Greta with allegations of Khalistan and Pakistan prods and allegations in social mafia on everything from motivations to morals of the tweeters has certainly not shown India in a good light. In a tentative world with no clear end to the Covid crisis in sight, the sanctimonious powers of North America and Europe might not push too hard, but India would also do well to ignore the pinpricks from the users as well as the bosses of Twitter. “Koo”ing about an alternative platform is not a good use of time or money for a country which has larger agendas of “Jaan” and “Jahaan” to worry about… And the almost incredulous sight of sportsmen and movie stars jumping into the fray just makes a sordid drama even worse. When will better sense prevail amongst the intelligentsia of this country?

What would all of us do if somebody gave us the responsibility to create policy? Some of my friends argue that we should focus on the economy and generating domestic demand and job creation and play a waiting game for the farm crisis to be resolved by well-meaning mediators. And, of course, completely refrain from responding to any form of social media aggravation on any internal issue of the country. But since we are not creating policy but just airing our views, let us air those responsibly. Less loose talk and more positive actions even as the vaccination movement emboldens the country will lead to future success. Let’s play our role in making it happen!