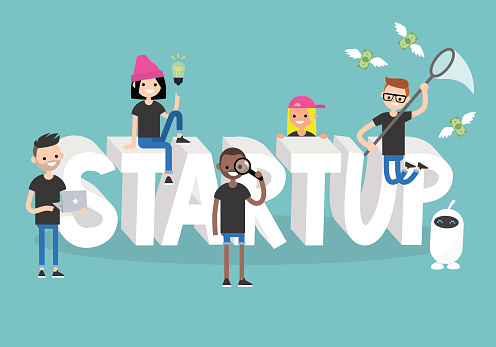 The problem with excessive and premature hype is that the euphoria is often followed by disillusionment. The soaring valuations of copycat e-commerce start-ups in the last three years has been reminiscent of the dotcom spurt at the end of the last century. The dotcom bust, when it happened, was spectacular and in India, the failure of nearly 40% of the early start-ups has left a bit of a bad taste in the mouth. So is this the beginning of the end for ‘Start-Up India’? Not at all. On the contrary, it is the end of the beginning and an era of enlightened business models is starting which bodes well for the country and for entrepreneurs!

The start-up movement in the country was given a tremendous boost a year ago with the clarion call given by Prime Minister Modi to “Start-Up India Stand Up India”. The unicorns who reported valuations in excess of a billion dollars were feted and interviewed all over the country with their CEOs becoming instant celebrities. The emergence of incubators all over the country, both within academic institutions and through entrepreneurial initiatives, helped to foster the thought in young minds and even in seasoned executives that it is better to build an exciting new company that creates jobs than to hold on to predictable employment or seek a job in an organization created by someone else.

However, recent trends have shown that the start-up opportunity is not an automatic vein of gold where everybody can become rich even if the idea they chase is the 60th online laundry service in a city! The dramatic drop in valuations, the dreaded “down rounds” for fresh capital for firms who were the original darlings of investors in the seemingly limitless business-to-consumer (B2C) space and the relative inability of incubators and accelerators to deliver success stories with any consistency has sent tremors through the market and questions are being raised about the sustainability of the entire start-up movement.

The confidence that we will see great success in the next era stems from the opportunities that an economy entering the high growth phase will surely provide. Niche opportunities abound in fintech, healthtech, edtech and, of course, the less traditional areas of Internet of Things (IoT), virtual and augmented reality and machine learning. My own consulting work in the area of digital transformation with some of the major corporations in the country show that chief digital officers are scientifically including start-up solutions in their plans for the future. The participation of central as well as state and local city governments in providing an ecosystem of support will ensure that robust business models can be developed which address a real need in the market-place and support entrepreneurs through all stages of growth.

These stages are best understood by tracing a customer journey, or the way a potential entrepreneur would be assisted through every stage of the arduous journey. The awareness creation process could be done through video and blended learning modules made available through a number of participating engineering, technology and management colleges and even some of the better equipped skills and counselling centers in each city. As part of this process, it would also be worth setting expectations among the wannabe entrepreneurial community and weed out start-ups with me-too ideas that would be doomed to fail without a differentiated value proposition.

Once a worthy cohort of potential entrepreneurs and ideas have been identified through awareness and counselling, formal accelerator programs offered through a select group of academic institutions and centers would be needed to set the entrepreneur and the potential start-up off on a sound footing. This is the stage at which the formal incubator could come into the selection process, providing start-up capital and space and facilities to take the initial pilots forward and test out the robustness of each idea, product or service before the company has the ability to blossom on its own.

Two important aspects that a city start-up hub must provide is a network of willing corporates to mentor entrepreneurs and open their organizations to test out some of the ideas in a true business environment and a full funding support system, from angel money to subsequent small rounds of capital all the way to a Series A venture capital round. Success must be measured not just by the number of start-ups that start the journey but also the number that adroitly move from proof of concept to real solutions and early stage to venture capital funding. With all the hype and hoopla that has surrounded the start-up movement in recent times, it is essential for a mature approach to be taken in leading cities to get entrepreneurs on the path to national and global success.

As in the case of the IT sector where seven cities—Bengaluru, Delhi-NCR, Chennai, Hyderabad, Pune, Mumbai and Kolkata created over 90% of the multi-billion-dollar export industry, it is likely that the initial wave of hundreds of success stories will emerge from a clutch of cities. We need to watch carefully, avoid the hype and make “Start Up India Stand Up India” a true success story by 2020. Watch this column for some new ideas!