Focus or pivot: A growth dilemma 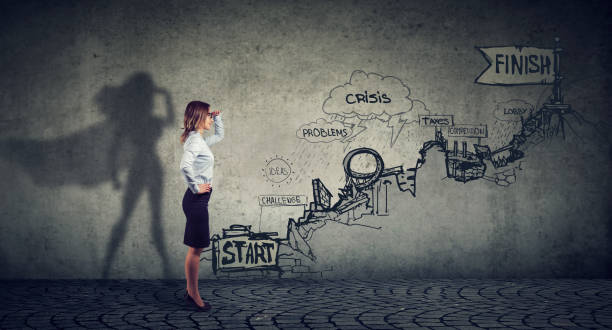 Conventional wisdom would suggest that any organization that starts in a competitive demand environment needs to have done its homework and chosen a product or service strategy that will stand the test of time. Even more important, the founder and the team need to stay focused on the vision and avoid any distractions that can make the company and its growth stray from the defined path. The story of Indian entrepreneurs in the past has often been a combination of building large corporations in an area where domestic demand was either growing or protected and using related and, in some cases, unrelated diversifications to created large conglomerates. The super success story of entrepreneurs in the eighties and nineties like Narayana Murthy also led one to believe that in an area where competitive advantage was defensible due to factors like global wage asymmetry and better process adherence like IT services, the path to success was fairly easy if one focused on serving all customer needs through astute marketing and excellent delivery.

However in the last 20 years and more, the number of entrepreneurial failures — to build a world beater product business or scale a services business after many years of following a tried and tested model, has raised fundamental questions in the minds of entrepreneurs as well as angel investors, venture capitalists and even business school academics. Does success come to those who remain unwavering in their pursuit of the original strategy or is the willingness and speed of pivoting to a new strategy the key to success in a fast changing world?

There is no better place to find answers to this question than in the history of the FANG (Facebook, Amazon, Netflix and Google) quartet and the supreme of all success stories in this lot, Amazon. When the legendary founder Jeff Bezos chose in the nineties to build an online book store, even he would not have imagined that a quarter century later, Amazon would offer the widest range of product categories, maintain a third party marketplace for external retailers, offer software and cloud storage services, its own range of hardware products, online video streaming and Amazon Prime, a membership program that is taking the world by a storm and helping Amazon to compete with most of its peers, Apple, eBay, Google etc. and become one of the highest valued companies in the world.

Indian entrepreneurs might scoff at this example and say an Amazon happens once in a lifetime and the opportunities available to Bezos in the US or Jack Ma in China are just not there in India, but the reality is that Amazon and Alibaba have become global success stories by choosing the road less travelled and reinventing popular wisdom to overcome multiple obstacles in their path and still succeed. The start of the Amazon story from a garage in Seattle with 10 developers working for a year to launch the platform in 1995 is no different from the thousands of companies in Koramangala in Bengaluru, Baner in Pune or Gurugram, Chennai, Hyderabad or anywhere in India. Bezos’ initial focus on making online commerce easy for traditional book buyers as well as first time online commerce users and its natural extension to include reviewers and recommenders could have been predictable but the story gets interesting after Amazon raised significant capital through its IPO in the summer of 1997. For the first year, Amazon stayed focused on its initial online bookselling business but made its first move outside the category in 1998 to online videos, electronics and toys and also opened its portals to third-party retailers and started opening distribution centers across the US and beyond.

While Amazon received its initial impetus in the internet boom years at the turn of the century, the company’s fortunes also turned when the internet bust occurred with the value of its equity deals with other category leaders declining and a few analysts even predicting the demise of the company. In 2001, the formalization of a strategy process, the first significant layoffs and a thorough clean-up of their products enabled the company to become more nimble and grow. With the launch of Prime, Amazon could well have decided to ride the wave of renewed growth and mainstream adoption of online buying to stay focused on the marketplace business. But this is what differentiates a Bezos, Ma or Musk from the ordinary entrepreneur. Ma did it with Alipay and Ant, Musk with SpaceX and Bezos has diversified in quick succession into Amazon Web Services, Unbox, Kindle, Fire, Fire Phone and Echo. Some of these have fallen by the wayside but the profitable growth of Amazon and AWS and some of the products have ensured that Amazon has stayed ahead.

The lesson for many wannabe Bezoses and Mas in India in India is simple: Keep an open mind to chase large new opportunities and even if the first hurdle has been crossed, to build a profitable and growing business, ensure that the organization stays nimble and is willing and capable of diversifying or even transforming its business model to capitalize on new opportunities in the marketplace. Entrepreneurship in India is evolving and the glory days lie ahead!