Fate of our brightest and best students 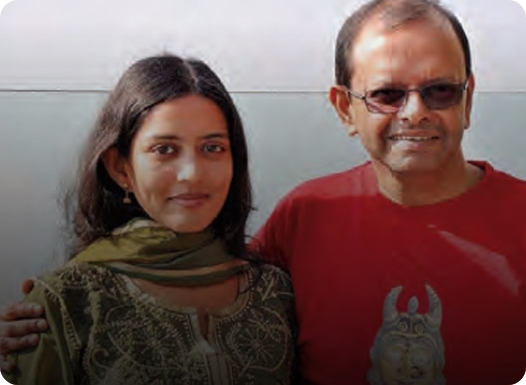 There is no doubt that the top IITs and IIMs, the IISERs and IISCs can hold their own against the best in the world but their small numbers prevent a reasonable peer group to emerge that would encourage top drawer scientists and researchers to build their careers in India. An insight…

A year-end article in a national daily newspaper raised eyebrows all over the country with its deep research into the career paths of all school toppers in India over the last twenty years discovering that over half the population are working abroad, quite a few of them have gone abroad for higher education immediately after collecting their school leaving certificates. Statements of some of the young folk quoted in the article make for some introspection. Global, multi-cultural education, significant funding and policy support for scientific research in the US and a resentment at the natural “societal norm” for the brightest to study engineering in India are all cited as reasons to move outside the country in search of higher scientific accomplishment.

What has ailed India and why has there been this inability to provide more than a handful of outstanding academic and research institutions, to keep our brightest and best in India? There is no doubt that the top IITs and IIMs, the IISERs and IISCs can hold their own against the best in the world but their small numbers prevent a reasonable peer group to emerge that would encourage top drawer scientists and researchers to build their careers in India. This causes tens of billions of dollars of foreign exchange outflow from India and the same money could be well invested in building at least a hundred institutions of eminence that the country needs and that our talented youth so richly deserve. On the other hand, our recent object of hate, China, has emerged from its “copy-cat” image of the past to compete on even terms with the US in Artificial Intelligence, academic quality and peer-reviewed research, while most of our institutions remain mediocre teaching shops.

In a recent research mounted at the Pune International Center, some of us including one of India’s top innovators and scientists, Dr Raghunath Mashelkar have outlined many of the opportunities grabbed by China and somewhat neglected by India. China started focusing on the national objective of modernizing science and technology in 1982 with the leadership of Deng Xiaoping and accelerated the percentage of R&D as a share of GDP to 1.5% in the 2001-2005 tenth five-year plan. Their 2020 plan envisages a further raise to 2.5 % of GDP. China launched Science and Technology Innovation Board in 2019, with focus on companies in high-tech and strategic emerging sectors. They include next-generation information technologies, high-end equipment, new materials, bio-industry, new energy vehicles, digital creativity and related service industry. The new board will be providing greater financing support for innovative companies as well.

India has gradually moved into integrating science, technology and innovation over a space of five decades

In our country, successive governments have spoken about raising research investments to 2% of GDP but this has not been accomplished. India has gradually moved into integrating science, technology and innovation over a space of five decades. We have had the Science Policy Resolution (1958), Technology Policy Statement (1983), Science and Technology Policy (2003) and Science, Technology and Innovation Policy (2011). The ranking of universities based on innovation performance in August 2020 under Atal Ranking of Institutions on Innovation Achievements (ARIIA) is a significant step forward. But significant and independent research institutions remain very few.

The economic comparison between the two countries has been directly affected by these investments. As of the first half of 2018, strategic emerging industries and service industry in China grew 30% faster than the overall growth nationally and the growth of China’s strategic emerging industries is driving GDP growth by over one percentage point annually in average, accounting for nearly 20% of total growth, far higher than the share of these industries in total GDP.

China’s share of global output of high-technology manufacturing industries increased from eight per cent in 2003 to 27 per cent in 2018, India’s share being 9% in 2018. As we move towards an “Atmanirbhar” agenda and move from a China dependent economy to “less China” and then “Chine less”, it’s not just the Productivity Linked Incentives (PLIs) which will get us there but the development of large scale Special Economic Zones and investment boost for electronics, telecom, chemicals, automobiles, agritech, biotech and other chosen industries. High investments as a percentage of GDP can and must be invested in education, research and innovation to fuel these industry participants with manpower and research, which happened in a smaller way with the Software industry in the last three decades.

The good news from the toppers’ research is that in the recent past, higher education in India is emerging as adequate as and obviously less expensive than a top institution abroad and adequate opportunities are available in the finance, technology and consulting sectors. Interestingly, two findings were that students were increasingly from outside metros and girl toppers were much less likely to move overseas than boys. As the proud parent of 1999 ICSE topper from Maneckji Cooper School Mumbai, Karuna Ganesh, I can say that she did not contribute to that statistic. Could young folks like Karuna have been equally successful in their academic, work and research endeavours if they had stayed in India? It’s difficult to argue without adequate data, but one can only hope that the “new India” will invest adequately in education, research and innovation to make this a non-issue for future generations.