Dealing with China on multiple fronts 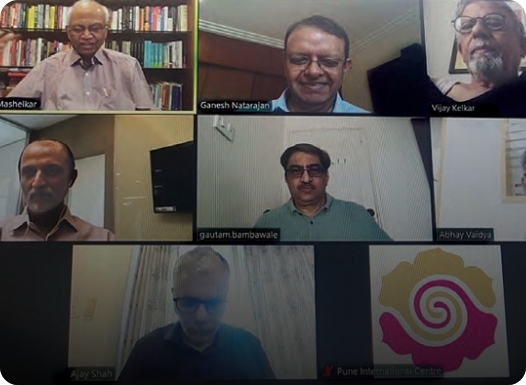 In our response to China, there can be a gradual move from a “less China” to an eventually “China-less” economy. The three groups of restrictions should be-limit companies controlled by the Chinese state; steering clear of Chinese-controlled technological standards; and disrupting surveillance of Indian persons. These three areas require careful, sophisticated work and strong Government and industry partnerships

The elephant and the dragon have always eyed each other with suspicion and there has never been a period of more stress than the last year. For many years after the debilitating war of 1962, the relationship moved through periods of tension and relative periods of calm. Reciprocal visits by leaders Xi Jing Ping and Modi created an expectation that this could truly be the beginning of an Asian century when the two countries could work as partners and friends. In one year, China has dismantled this arrangement and established a more hostile stance towards India with simmering military conflict. This has raised important questions for policy in India. How should India navigate this landscape? When the conflict erupted in Doklam and then in Ladakh, the immediate response was to mobilize our troops and the Indian Army gave a fitting reply to the aggressors. Some economic responses followed with the banning of Chinese apps and an emotional boycott of Chinese goods. But is that a recipe for the future?

At the Pune International Centre, led so admirably by national doyen Dr Vijay Kelkar and scientist and innovator par excellence Dr Raghunath Mashelkar, a group of us got together to research and put together a more realistic and balanced response to the Chinese crisis. We decided that a strategic response was called for, to see these problems on a larger scale, in terms of space, time and force. It is not just about a few weeks in Ladakh involving a few thousand troops. There is much more at play. Indian thinkers need to address deeper questions. What are the forces shaping Chinese behavior? What is the best path for India in the short-term and long-term? How can diplomacy and economic policy work in an intertwined fashion, to best further India’s interests? At present, India is in a weak position when compared with China. Whether we look at GDP numbers, state capacity, the capabilities of the best firms, the extent of internationalization, the mastery of science and technology or the quality of the top intellectuals: at present, China is significantly ahead of India. This superiority can be used by China to put pressure on India in many ways. Some examples of this include a sheer display of military strength to grab land at the border, the use of a variety of levers to foster friction for India with neighboring countries, and nudging decision-making at international organizations in ways that hinder India’s interests. Looking into the future, if the gap between Chinese and Indian economic growth rates continues, these problems will be amplified. As an example, we must visualize a future scenario where Chinese carrier groups prowl the Indian Ocean, and the Indian Navy is outmatched. In the short run, Indian diplomacy faces a new situation. Never has India faced a hostile nation with significantly superior strength. And economically, we are currently no match. China in 1962 was at roughly Indian levels of GDP. China’s economy has risen from 305 B USD in 1980 to 14 Trillion in 2019. In the same period, India’s rose from 189 B to 2.9 trillion.

Dr Ganesh Natarajan is Chairman of 5F World and Lighthouse Communities. He was the Convener of the PIC Policy Paper Research group on China.

Given the deep suspicion that exists regarding China’s intentions in various parts of the world today, there are good reasons why strategic patience without any knee jerk responses, trade liberalization and selective investments in key industry segments can prove to be the way forward. India can grow at eight per cent while China may only grow at four per cent to emerge at a level of 40 trillion for India vs 53 trillion for China by 2041. In some industry segments like rare earth and chemicals, we must at least move towards “atmanirbhar” or self–reliance. In others like telecom and automotive, we can endeavor to be an alternative supply chain to China. And in places where we have missed the bus in the past, electronics, hardware and textiles, we can and must move towards global dominance.

In our response to China, there can be a gradual move from a “less China” to an eventually “China-less” economy. To move in that direction, there is a case for three groups of restrictions: limit companies controlled by the Chinese state from a controlling stake in a hotlist of sensitive infrastructure assets; steering clear of Chinese-controlled technological standards; and disrupting surveillance of Indian persons. These three areas require careful, sophisticated work and strong Government and industry partnerships.

On the diplomatic front, confronting China alone would be unwise. It is essential to build coalitions. There are three groups of natural allies for India: the great democracies of the world, which worry about the global prominence of an authoritarian China; the countries on China’s borders, which are all facing difficulties just as India is; and the countries in India’s region, which can potentially have positive exposure to Indian success given that proximity matters greatly in cross-border economic and cultural activities. Diplomacy needs to play a much bigger role in domestic policy-making, than has ever been the case in Indian history. The coming decades need to become a golden age of diplomacy, industry and “atmavishwas” or self-confidence. Let us resolve to make it happen.