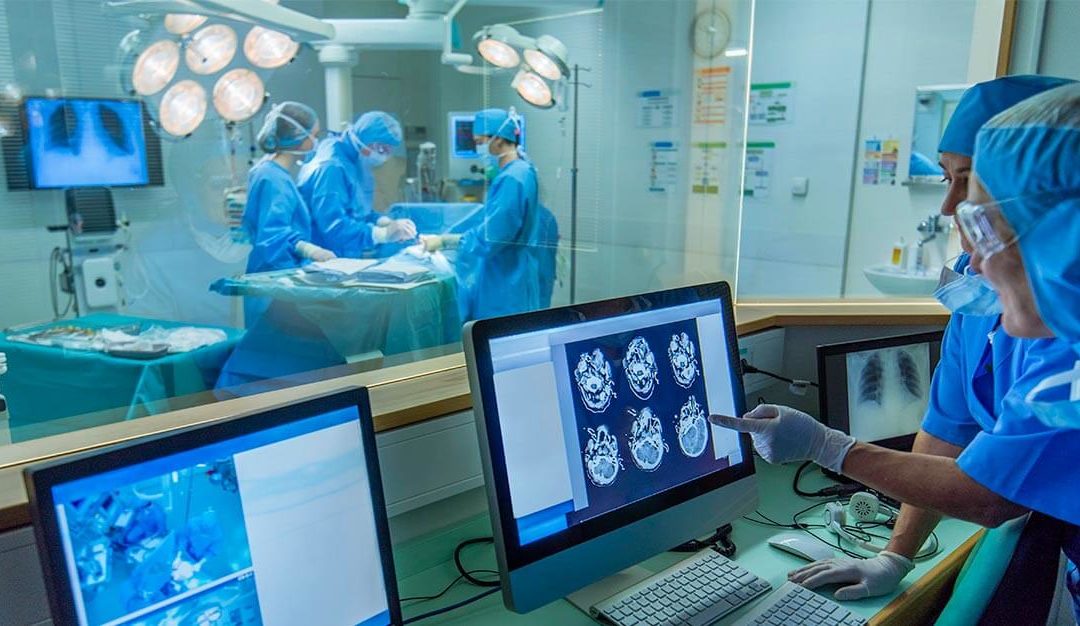 Is there a technology push in the sector that can give us confidence that we will see real change in our country?

The National Health Protection Scheme, launched with much fanfare as “the world’s largest Government funded health scheme” in the Budget is a much-needed shot in the arm of nearly a billion Indian citizens who have suffered decades of healthcare deprivation and under-funding. But while the initiative itself is a ray of sunshine that can split the clouds of ill health, infant mortality and inadequate medical facilities that cast their shadow over Indian health, there needs to be a recognition that traditional methods are not adequate and that there is a significant role for technology and skilling, if the ambitious plan has to be executed to the benefit of the nation.

Let us look at some baselines to grasp the enormity of the challenge. The World Health Organization has recommended one licensed doctor for every thousand citizens in a country. In India, the output of doctors has been short of all acceptable levels for decades with the result that we have one doctor for over 1,600 persons and a Government doctor for 10,000- plus persons, reflecting in the poor access to basic healthcare. The impact on infants and children has been particularly and predicable horrifying, with infant mortality still ten percentage points above the world average of thirty percent and both immunization and health parameters of children being far lower than acceptable levels. A substantial portion of medical care costs are still borne by individuals despite the attempts to create free public hospitals and make health insurance available to all. Most public hospitals (I should know, my father died in one in Jharkhand) have very poor diagnostic and patient treatment and care facilities, the health care centers in districts are understaffed and in the most part incapable of providing more than a referral service and the private hospitals have been accused of placing revenue metrics above the real needs of the patients.

If that is the citizen pull, is there a technology push that is happening in the health care sector that can give us confidence that we can see real change happening in the next few years in our country? Can a truly patient centric model be implemented that will restore confidence and true health to the nation, particularly the vast under-served segment? Some research we are doing at the 5F World collaborative venture with Systech Inc — the Center for AI and Advanced Analytics — has shown us that the best way for the planners of “Modicare” planners will have to move from the descriptive analysis comfort zone of analyzing past data and drawing inferences to look at technology enabled pathways to capture citizen health data and apply statistical techniques and algorithms to derive insights that make predictive and prescriptive analytics a reality for the country. This methodical and iterative exploration of high quality data using skilled analysts and when needed, data scientists will be the hallmark of the health care environment of the future.

What are the technology innovations that can give us the push to create this new health care environment? In the US, the three tech giants who are threatening to control everything we do in life and work have already announced major moves. Google’s parent company Alphabet has three health care initiatives — DeepMind Health, Verily and Cityblock Health — and is working on AI methods to predict near term deaths in hospitals which could serve as early warnings to doctors. Apple’s new January iPhone launch includes a health records feature that allows users to manage their own health records in a much more effective manner than the Fitbit and other devices that were being used to track limited health input parameters.

And not to be left behind, Amazon has a partnership with Berkshire Hathaway and JPMC to create cheap health care solutions ostensibly for a million of its own employees but surely with an eye to extending the solution later to its rapidly expanding customer base.

While all three need to be watched and could have relevance for adoption into India’s new all-encompassing initiative, the most potent as could be expected is what is happening with Cityblock Health of Alphabet. Unlike in India where more than 80 per cent of the districts need better health care, Cityblock caters to low-income city dwellers and plans to develop its own cadre of health care professionals who will be funded through the social insurance schemes to do home visits, interact with patients and gather as well as feed data to the most appropriate service provider. In India, the opportunity exists for entities like Social Venture Partners through its Million Livelihoods Mission to scale NGOs in every state who can take the responsibility of creating these paramedics and Home Health care workers and integrate them into the new National Health Protection Scheme by accessing the funded insurance premiums and provide early warnings on patient health which can minimize the likelihood or at least the cost of subsequent hospitalization.

The states can also come to the healthcare party by using the state data centers to implement a centralized data management and business intelligence architecture that enables a 360-degree view of health care operations, from the primary and secondary diagnostic and counselling centers to the actual delivery of health care from both private and public for-profit and no-for-profit hospitals and other providers anywhere in the state. The new home health care squads could both use and enrich this data for the state and the country.

With today’s increasing sophistication of business analytics tools — for big data management, data visualization, statistical analysis, business intelligence reporting and analytics through served reports or self-service, the opportunities to find answers are only limited by the questions that have traditionally been asked of from data. The more interactions we can create through health care providers and doctor-patient as well as patient-patient interactions, the better and richer will be the quality of data. Add doses of AI and machine learning to this mix and you might well find the solutions to the malaise that pervades health care in India today and make the new plan an exemplar for the whole world.